An over protective teenager sets up a gang to protect his single mum, and two sisters in a gang-run run-down council estate. When his sisters are raped and murdered, he discovers he has two wars he must win - the one with the rival gang, and the other with his mother who starts a death-defying fight to rid her estate of all gang members including him.

Reverse Shot is a serial television drama about a mother's battle to tear her teenage son out of the cycle of youth violence.

Over the years, many teenagers have been killed needlessly – sometimes in a maddening rush, and other times in mournful trickles. Although this is one of the rare moments of calm, it hangs ominously in the balance, and 17 year old MATT JOHNSON is not willing to be the next teenage death to tip the scale. So in the absence of a father in the run-down gang-run council estate in a run-down part of London, Matt Johnson sets up a gang known as the ‘Afro Crew’. Its task: to take an eye for an eye. Its aim: To protect loved ones from rival gangs. For Matt Johnson, that means peace of mind, knowing that his single mum, SHARON and sisters, AMY and RACHEL are safe.

Matt’s equilibrium is however shattered when he clashes with ‘The Mixed Crew’ gang, led by 18 year old RUUD, a good-for-nothing, school drop-out, with love and respect for no one. Soon ‘an eye for an eye’ spirals into uncontrollable spate of violent repercussions, leaving in their wake, the paramedics, police, doctors and coroners!

In the spate of vengeful madness, Rachel is raped and Amy murdered.

For Sharon, this is a rude awakening from a most beautiful dream that was to be the reward of her tenacity to stand strong and get the best out of her children in spite of double abandonment by their father. This shock jolts Sharon into a death defying drive to rid her estate of all gangs and bring Amy’s killers to justice.

Her quest is quickly cut short when she discovers that her only son leads a gang too. And she knows that ‘charity must begin at home’. Her war begins with her son - even if it means losing him.

For Matt Johnson, 2 wars have just been ignited – the one with his enemy, his sister’s murderer and the other with his mother, the one he loves and set up a gang to protect. Both, he must win! 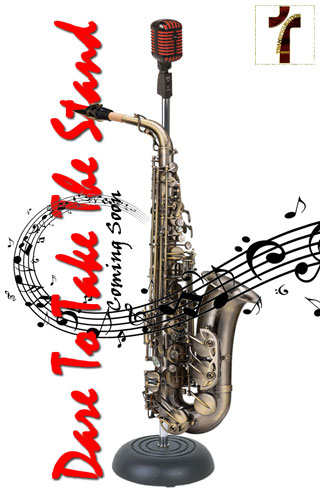 Dare To Take The Stand

Dare To Take The Stand is a light-hearted television programme that challenges members of the audience to an impromptu performance of wholesome stand-up comedy, singing and poetry recitation in front of the studio audience and in an atmosphere of live sensational jazz music.

BOLD ENOUGH TO TAKE THE STAND?